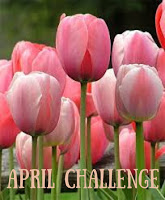 April 15th:  Ten Things you should always have...


Things? Are we talking about survival gear?

Or is it 10 things you should always have ON you, like "in your Pockets or purse?  You know, the sort that of things that you need to have when you set out for the market place.

I'm going with Survival...since it's getting to look a lot like Doomsday...

Listed pretty much in the order in which you need them to live...

2. Clean Food, no dirt from, say, being foraged from a trashcan but it's ok if it's from a field.

3. Clean (and maybe) Warm Clothes (a change of underwear, etc.

4. Someplace safe to sleep, and have a waterproof roof over your head.

5. People to Love who also love you.

9. A current ID of some sort so that the Armies of the Damned don't cart you off to jail for vagrancy. Or worse...