If I Could Turn Back the Time: Saturday Nine 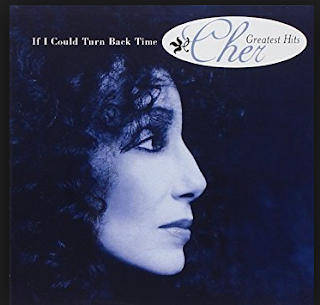 Want to join in the meme?  Go HERE for the the questions, and to get the link to read other entries...

1) The official video for this song was filmed on board the battleship USS Missouri. When is the last time you were on a boat or ship?  A few years ago. We took a rowboat out on Loche Loman Lake.

2) This song was written by Diane Warren. Ms. Warren has written love songs recorded by Celine Dion, Toni Braxton, LeAnn Rimes and more, yet she's never married and has really only had one serious romantic relationship. She acknowledges this makes her an unusual spokeswoman for the glory and pain of love. When you have a relationship problem, who do you go to for advice?  To be honest, I now just meditate on it.

3) In this song, Cher wishes she could turn back time and have a different conversation with a former lover, changing what she said to him. Here at Saturday 9, we're not so ambitious with our time travel. We're only going back to yesterday. Is there anything you'd do differently?
Yes, I'd get more done.  I want to make an apple pie but I've had the apples from before my thumb went all Ninja/kamikaze on me, so those apples are still good but the nutritional levels must be in the basement.  But, it is, after all, a pie. Who actually cares whether it has any nutritional value?

4) In 1966, Cher and her then-husband Sonny sang at a private birthday party for Jacqueline Kennedy. At first, Cher didn't want to do it, thinking that performing to a small gathering would be awkward. But it turned out to be a wonderful opportunity for her. That night, she met Diana Vreeland, the editor of Vogue. Vreeland liked Cher's look so much she set up a photo shoot. Cher, who always loved experimenting with hair and makeup, enjoyed the shoot immensely. Tell us about a social gathering where you had an unexpectedly good time.
At my age, let's be honest, most of them are that way.

5) At that same party, Cher said she was surprised by how big Jackie's hands were. Do you like your hands?  I once did!  Now I think of them as Forces of Nature that can take my life away on a whim.
But really, I do love my hands.  They have made it possible to have a painterly and artistic life, and they carry out my every wish for carpentry, gardening, sports, crafting and sewing and knitting, cooking, baking, and embroideries and all the other joys of life.

6) One night, before a performance in Detroit, Cher saw a little furry something under one of her tour buses. It was a kitten that that she named Mr. Big, hoping he would grow into the name. He did, and the tomcat was her constant companion for four years until he died of a congenital heart ailment. She has said that she will "never not miss him." Is there a furry companion who has a special place in your memories?
I miss my kitties, mostly Pepper and Milo,  and the little rat named Rita who was really a darling.  I also miss my little red poodle, Jazzie.  He was adorable, small and very sick from the day we got him, but what a good boy!  Despite his troubles, he lived a very joyful life and for almost 13 years.
7) Cher recently appeared in Mamma Mia: Here We Go Again. It's the second movie based on the music of ABBA. What's your favorite ABBA song?  I've always liked this one.....

I guess because it has a catchy, kicky sound, which I like more than any of their sad stuff.  I used to dance to it....

8) In 1989 -- the year this song was popular -- Mattel released a series of special "Scarlett O'Hara" Barbie doll to commemorate the 50th anniversary of Gone with the Wind. Did you enjoy the classic movie? Have you read the book?  Tried to read the book, cast it aside.  Never saw the Movie.


9) Random question -- Check your spam folder and tell us one of the subject lines.
"Vision Problems in Parkinson's Disease"