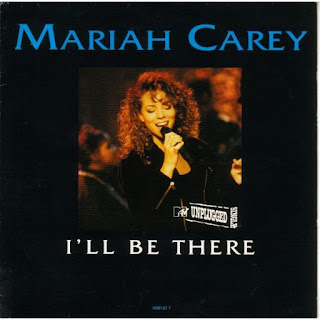 And HERE is a link back to this fun meme page....

1) In this song, Mariah pledges to "have faith in all you do." Have you recently given someone support or a pep talk?
Yes I have.  With my sister.  Not so much a pep talk but more that I try to not participate in the way she can wind herself up when talking.  I make an effort to calm her down when she starts.

2) Mariah was at the center of a controversy in Times Square on New Year's Eve when she had audio problems and claimed she could not perform. Times Square is at the busy intersection of Broadway and 7th Avenue. If we went to the busy intersection nearest your home, what would we find? (A store? A church? McDonald's?)
You would find a shopping center with a drug store, a fabric store but no church or McDonald's.

3) Her nickname in high school was Mirage because she cut school so often. Did you ever play hookey?
When I first moved school, I was lonely.  So, I went on a bus trip, and ended up helping a kindergarten teacher in a city where one of my Italian friends lived.  It was loads of fun!

4) Mariah doesn't apologize for spoiling her dogs, who have been known to travel by limo. Do you know anyone who treats his/her pets like people?
Yes, and that would be moi.

5) Mariah has something to fall back on. She studied cosmetology and worked as a hair sweeper in a salon. When you get your hair cut, do you socialize with the stylist?
I've cut my own hair all my adult life.

6) When married to her first husband, Mariah went vegetarian. Tell us about last night's dinner. Would it qualify as a vegetarian meal?
Yes, as long as we are talking about yesterday being Thursday, since this is being done on Friday.  I had two bean and rice tacos from Chipotle, and yes, they were vegetarian.

7) This week's song was introduced by The Jackson 5. Think of your favorite Michael Jackson song. Did he record it solo or with his brothers?
Thriller is my favorite.  I can't find the YouTube version that I remember:

8) In 1992, when this song was popular, The Mall of America opened. Located in Minnesota, it's the biggest mall in the nation, with more than 400 stores. Think about the last thing you purchased. Were you shopping out of necessity, or for fun?
Necessity.  New glasses.

9) Have you ever shoplifted? (Don't worry. We won't tell.)  There was a little store that the kids called "dinkies", and I filched some candy there.  My mother found out.  Her disappointment was punishment enough.  It ended.
Posted by zippiknits.....sometimes at 3:37:00 PM