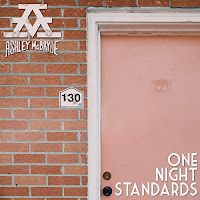 Short and Sweet this week

1) The video for this song takes place in a motel and the story is told from the point of view of the desk clerk. Have you ever worked in a hotel, motel, or bed-and-breakfast? Nope. And Gee, I wish I hadn't seen that.....

2) Ashley McBryde sings that she's not Cinderella, a reference to the fairy-tale heroine warned to return from the ball before midnight. When did you recently stay up until the wee small hours of the morning? Last night.

3) Ashley had been working hard as a singer/songwriter for eleven years before she was discovered and proclaimed one of County's best new artists. What was your life like 11 years ago?  I was recovering from knee replacement.  I was so glad to be rid of "Old and Busted", that the time just flew.

4) Ashley is from Mammoth Springs, AR. One of the most popular stops on Main Street -- for locals and tourists alike -- is Spring Dipper Ice Cream. More than 20 flavors are made right there on the premises, from Jamoca Almond Fudge to French Vanilla. When confronted with such a wide selection, do you tend to order your familiar favorite or try something new? Since Jamoca Almond Fudge is my goto, all time favorite, that's the one.

5) In 2007, she moved to Nashville to pursue a music career. Have you ever relocated for a job?
As a family, yes.  I wish we hadn't.  But it taught me some lessons I might not have learned.  However, as regards true happiness, it was a loss.  But for life lessons, who knows?  No one ever knows what would have happened if they'd done "ABC" instead of "XYZ".  They were lessons I'd rather not have learned.  People generally make the most of what falls across their paths.  They want to be happy so make the most of some of the crummiest situations.

6) Whenever Ashley hears a Carpenters song, she thinks of her mother, who loved Karen Carpenter's voice. Tell us a song that reminds you a loved one.  "Wind Beneath my Wings"

7) In 2019, the year this song was recorded, Notre Dame Cathedral was damaged in a fire. Have you ever visited Paris? Never had the pleasure.

8) Also in 2019, the Duke and Duchess of Sussex (aka Harry and Meghan) had a baby boy. Is anyone in your life expecting a baby? No.

9) Random question: Do you always want to hear the truth about yourself?  I don't mind the truth, it's the only way to change for the better.  The problem is that people give their opinions with the weight of truth, so the receiver always has to filter out opinion or bias.  I would listen to my hubby, my mother, or the Dalai Lama, but not many others.

If you would like to see other entries go HERE.  This MEME is always fun.  Thanks Gal!

"When I think of you,
I wonder where you might be
Are you in the feather of a bird
A butterfly's wing,
Or the leaf of a tree?
This is how I see you,
At last released
And forever free... "
L. Cadman